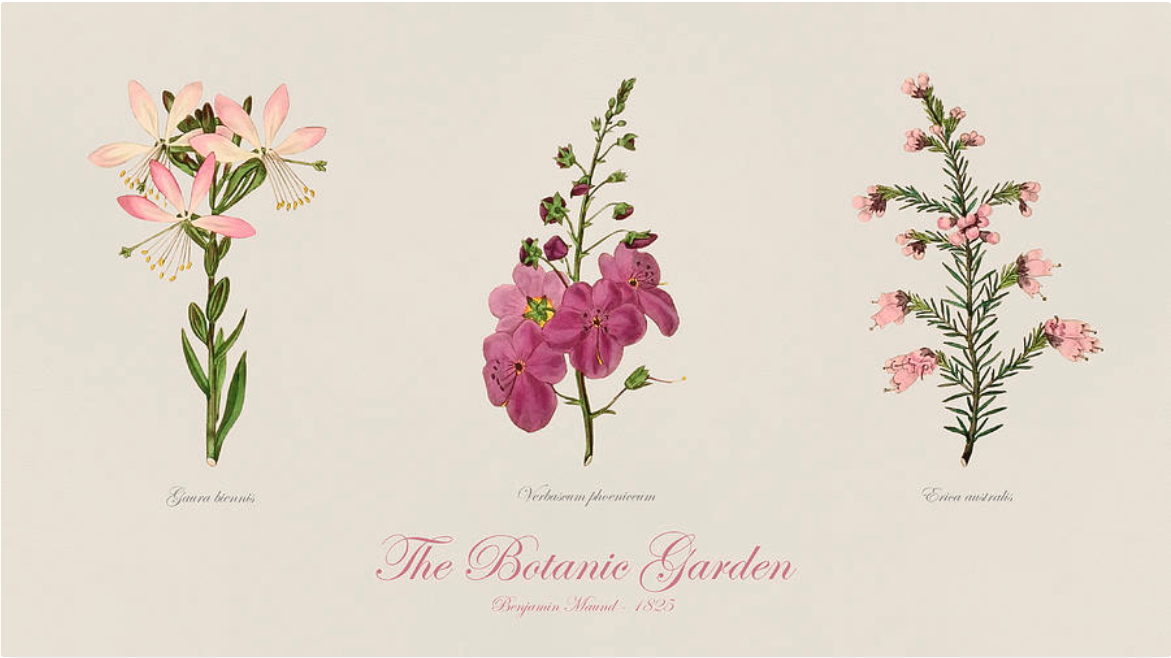 Before emojis, there was Floriography

About Trish
This season, Williamsburg Walking Tours will periodically investigate the meaning and origin of the flowers that can be found in the gardens of Colonial Williamsburg and along the rivers and waterways of Tidewater, Virginia.

Floriography — also known as the Language of the Flowers – was a term coined in the Victorian era to describe the way people could communicate complex thoughts through flowers they gave to each other.

Of course, flowers have always been used to symbolize feelings and attitudes.

From Greek mythology, we see Narcissus who was so impossibly handsome that he fell in love with his own image reflected in a pool of water. Even the lovely nymph Echo could not manage to tempt him from his self-absorption. Narcissus’ name lives on as the flower into which he was transformed and as a synonym for those obsessed with their own appearance.

In Shakespeare’s time, people were more aware of the language of flowers, and he often made use of this floral symbolism. In Hamlet, Ophelia is the daughter of Polonius, Lord Chamberlain to the King of Denmark. Prince Hamlet is the king’s nephew and heir. Ophelia is in love with Hamlet but, during the course of the play, he not only spurns her, but murders her father. This drives her to insanity and, at the end of the famous ‘mad’ scene, she hands out flowers with telling messages:

pray you, love, remember: and there is pansies,

There’s fennel for you, and columbines:

there’s rue for you; and here’s some for me:

we may call it herb of grace o’ Sundays: O

you must wear your rue with a difference.

There’s a daisy: I would give you some violets,

but they withered all when my father died.

Translation: Rosemary is particularly associated with remembrance of the dead, and pansies get their name from pensées, French for thoughts. Fennel represents marital infidelity and columbine flattery or insincerity. Rue, also known as herb of grace, is very bitter and stands for regret, repentance, distain and sorrow. Daisies are a symbol of innocence and the violets, now withered, mean faithfulness.

In these instances the flowers symbolize human traits and emotions. The Victorians would take this a bit farther. But it was not the Victorians who developed the Language of the Flowers. This was a way of communication used much earlier in the Harems in Constantinople.

Lady Mary Wortley Montagu (1689-1762), an 18th-Century aristocrat and poet, became fascinated with the Turkish “selam“ and introduced the symbolic language to England. As the wife of a British ambassador assigned to Constantinople, she was introduced to the rich cosmopolitan culture of the Ottoman Empire. After that, she popularized the idea of flower symbolism in the letters she sent back to Europe, revealing the secret language of flowers as practiced by the ladies in the harems who wished to send messages to their lovers — lovers they were not supposed to have. The letters she wrote were later published as the “Turkish Embassy Letters.”

Only then did the Victorians develop the language of flowers to a greater degree than any who went before them. The Victorian era was a period of extreme social inequality, so people would send secret messages. Floriography allowed people to convey complex feelings that would otherwise be impolite to say aloud in such a conservative time.

In the United States between 1827 and 1923, there were at least 98 flower dictionaries in circulation. At the same time, flower code was a regularly discussed topic in magazines like Harper’s and Atlantic. This increasing popularity soon translated into adoption across literature and fine art.

After World War I, floriography largely vanished. Faced with limited resources, people had to shift their attention away from flower meaning to the rebuilding of society. The rich demolished their hothouses or re-purposed them.

Sadly, today only a few of the flower dictionaries remain. One may see them from time to time in museum exhibits – a reminder of times of far subtler, more beautiful communication.