Our tours are a great way to experience the beauty, charm, and history of Virginia’s Colonial Capitol. You will enjoy a leisurely walk of the Colonial Capitol, its architecture and people will come alive with one of our knowledgeable and experienced guides. The history of Williamsburg is the history of our country. The walking tours offer three centuries of extraordinary history and an endless collection of local stories.

You can reach us through the Colonial Williamsburg bus system, by foot from many hotels, and by car.

THESE ARE OUTDOOR WALKING TOURS. WE DO NOT GO INSIDE THE HOUSES.

The walking tours offer three centuries of extraordinary history and an endless collection of local stories that our knowledgeable guide brings to life. 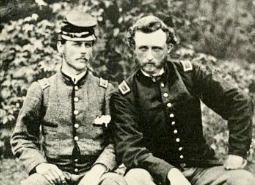 The Battle of Williamsburg was a particularly difficult one in the Confederate Army’s Peninsula Campaign from Fort Monroe to Richmond.

Stroll through the
colonial streets of Williamsburg and learn how Christmas was celebrated from the
18th century to
today.

Our African American tour is the only tour of
its kind in the city.
Our guides will tell
you stories that you
won’t hear
anywhere else.

ABOUT THE Tour Guide: TRISH THOMAS 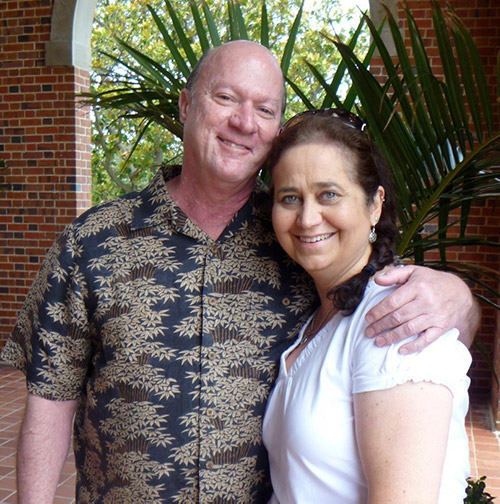 Trish has spent a lifetime studying history, especially the history of Virginia, and giving tours. She’s from Virginia Beach, and for years gave tours on the boardwalk about shipwrecks, pirates and the heroic Coast Guard lifesaving stations. She regularly appeared at the historic houses of Virginia Beach, and was a docent at the Chrysler Museum in Norfolk.

David, Trish’s husband and co-owner, is the one you will likely talk to when you call or if you need help with anything before or after the tour. David has won 30 creative awards, but according to him, the most cherished of his accomplishments was marrying Trish.

Bestsweets - Jul 17

Isla Verde, Puerto Rico
Read More
Our guide was incredible! She walked us though each area of colonial Williamsburg and gave short history lessons at each location. Our girls, age 11 and 7, we able to learn history with fun facts as our guide engaged with each of them. Our guide asked each of our girls specific questions to keep this attention. I highly Recommend this attraction.
Izzer - Jul 8

Columbus, Ohio
Read More
Trish was the most knowledgable, entertaining guide. She catered her discussion to her audience (we were an all female group and she asked what we were interested in learning). My teen daughters LOVED her ability to relate her tour to what their lives would have been like, and current events that run parallel. She was able to discuss characters from Hamilton (which my daughters also love) and was able to bring depth and background to the songs in the play. Now, when they listen to the music, they'll talk about what Trish taught them. THANK YOU TRISH!!
mauimarebo - Jul 3

Read More
This was an excellent tour.. As a teacher I appreciated the vast knowledge of our guide. She was wonderful! I highly recommend this tour for the whole family.
jonwilson7777 - Jun 2021

Virginia Beach, Virginia
Read More
We had an excellent time. The guide went out of her way to include the kids and balance their engagement with the adults on the tour. Highly recommend!
Nichru - Jun 2021

Tulsa, Oklahoma
Read More
We did a walking tour with Trish this morning. It was great! She has an incredible knowledge of the history of Colonial Williamsburg and is a very good storyteller. When we travel we always do tours, and this tour, with Trish, was one of best.
Previous
Next

You can reach us through the Colonial Williamsburg bus system, by foot from many hotels, and by car.

THESE ARE OUTDOOR WALKING TOURS. WE DO NOT GO INSIDE THE HOUSES.