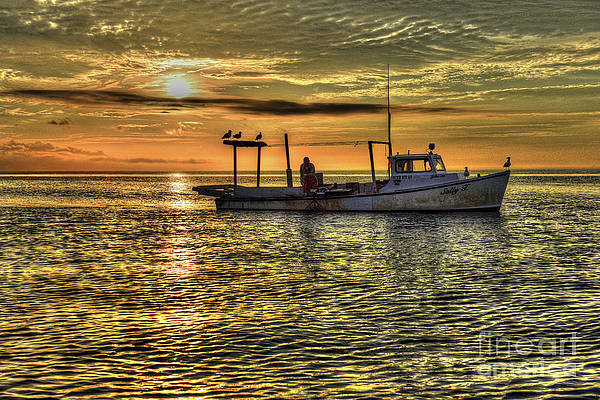 Oysters have been consumed by humans as far back as the Neolithic Era (3500 to 3000 B.C.). We know this because of the large piles of discarded shells dating back to that era.  Some archeologists believe that the first knives and spoons were oyster shells.

Oysters have been consumed by humans as far back as the Neolithic Era (3500 to 3000 B.C.). We know this because of the large piles of discarded shells dating back to that era.  Some archeologists believe that the first knives and spoons were oyster shells.

The Romans invaded England around 43 A.D. and they discovered oyster beds at Whitestable. Sallust — a Roman historian and politician who is noted for being one of the earliest known historians with surviving works to his name — wrote, “Poor Britons, there is some good in them after all– they produced an oyster.” The Romans regularly had oysters sent by ships to Italy. In the 17th century Samuel Pepys, an Administrator for the English Navy, kept a diary for fourteen years and mentions oysters 68 times. He often writes of having barrels of them delivered to his house and to the houses of his friends.

Oysters were not just for the wealthy. In 19th century London many pubs gave them away as a way of getting men to come in and drink. Charles Dickens in The Pickwick Papers wrote, “Poverty and oysters always go together.”

There were towns in England where oysters were not taxed. This was to make sure the poor could have a healthy staple to help them survive. Oysters contain zinc, vitamin C and B12. They are also a great source of iron, omega 3 fatty acids and protein.

As the oyster beds in the Thames River became depleted fishermen began to harvest the oysters of Kent and Essex.   This drove the prices up so that only the wealthy could afford them. At this time oysters on the half shell became a status dish.

Oysters in the New Atlantic World

Chesapeake Bay oysters are famous all over the world. The word “Chesapeake” comes from an Algonquin word meaning “Great Shellfish Bay,” in reference to the oyster beds. Captain George Percy wrote in 1607, “Oysters which lay on the ground as thicke as stones.”  On April 27, 1607 Capt. Percy also wrote, “The Gentlemen and the Soldiers marched eight miles up into the land, we could not see a Savage in all that march. We came to a place where they had been newly roasting oysters. When they perceived our coming they fled to the mountains [sand dunes] and left them in the fire. We eat some of the oysters which are very large and delicate in taste.” This may very well be the first Food Review in Virginia!  Oysters were so plentiful in the Chesapeake Bay that in 1701 a traveler from France, Frances Louis Michel, wrote, “The abundance of oysters is incredible. There are whole banks so that the ships must avoid them.”

We can see through archeological work done on oyster shells just how the oyster market was created and how it worked in Virginia. Steven Atkins and Dessa Lightfoot with the Colonial Williamsburg Environmental Archeology Department study oyster shells. In their research of mounds of 18th century discarded oyster shells they have found that the shells were consistent in their size and height. This tells them that consumers in the 18th century preferred a certain type of oyster, and is the hallmark of a market system. The oyster harvesters are grading the oysters to suit the tastes of the consumer.

Oysters were very popular and because of this by the early 1800s New England’s oyster beds were all but depleted. Many fishermen from the North started moving into the Chesapeake Bay — and so began the Oyster Wars.

In 1809, Nicolas Appert, a Frenchman, invented canning as a way of preserving food. By the 1840s oyster canneries were up and down the east coast of this country. Also by this time oysters had become a well-known, popular and sought after commodity. In the 1840s over-the-top advertising pushing canned oysters appeared all over the country. Even the United States Department of Commerce pushed oyster consumption. All of these strategies combined created an explosion in the oyster trade. Oysters were cheap. A pound of oysters was half the price of a pound of beef. They were used to add bulk to more expensive dishes such as meat pies. The rich and poor ate them for breakfast, lunch and dinner.

In 1861, as the Civil War got underway, there was a Union Naval Blockade placed on Virginia waters. Oyster harvesting in Virginia dropped significantly because local Watermen were unable to work the water. Many men went to war and many did not have the money to pay for the permits required by the Federal Government. This did not mean that the waters weren’t fished; Northern fishermen moved into the Chesapeake Bay.

Since then, scientists and the watermen of the Chesapeake Bay have been working to keep the oyster population healthy and plentiful.

“As I ate the oysters with their strong taste of the sea and their faint metallic taste that the cold white wine washed away, leaving only the sea taste and the succulent texture, and as I drank their cold liquid from each shell and washed it down with the crisp taste of the wine, I lost the empty feeling and began to be happy and to make plans.”
— Ernest Hemingway, ‘A Moveable Feast’

PrevOlder StoriesWhy You Should Take Your Family To The Virginia Musical Museum
Newer StoriesThanksgiving at Point Lookout, 1863Next