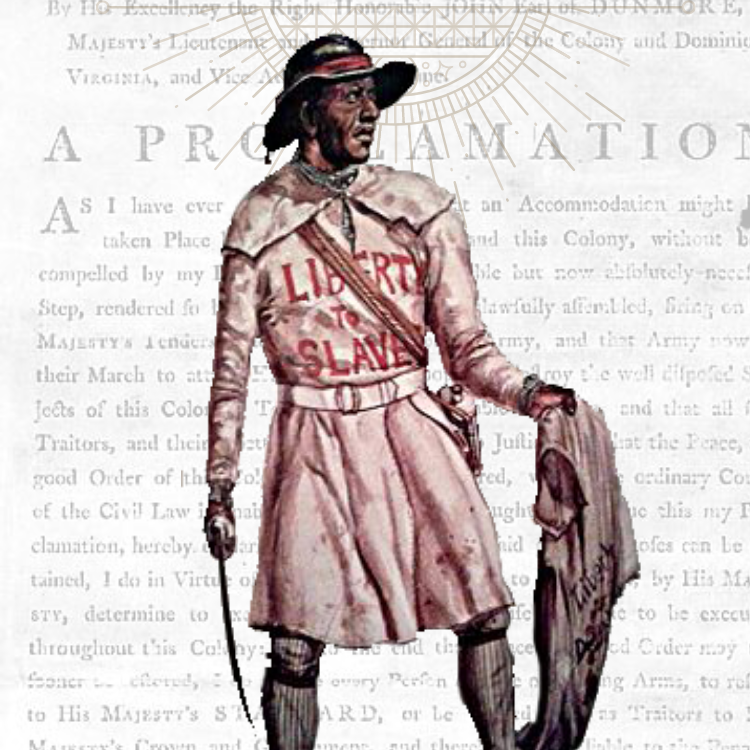 African American Soldiers And The Revolutionary War In Virginia

In November 1775, Lord Dunmore, the last royal Governor of Virginia signed a proclamation stating that any able bodied slave of a rebel master could run to his Royal Ethiopian regiment to fight the Americans and gain their freedom. Dunmore did not free the enslaved workers belonging to Loyalist Masters and he did not free his own slaves.

Within a week of Dunmore signing the proclamation, over 300 enslaved workers ran to Norfolk, Virginia to join his army. The Patriots were terrified knowing their runaway slaves would now have guns. The Virginia Gazette advised slaves to “cling to your kind masters.” But in the end, around 800 runaway slaves fought in Dunmore’s Ethiopian Regiment. Their uniforms were emblazoned with the words, “Liberty to Slaves.” 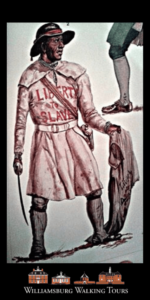 The Attack On Great Bridge In Chesapeake Virginia

On November 15, Lord Dunmore called in his British troops to Kemp’s Landing to defend a large store of gunpowder that had been recently moved there from Norfolk. Militia companies from Princess Anne County, Virginia (present-day Virginia Beach) assembled to fight the British. Virginia’s inexperienced Militia fired too soon. Lord Dunmore’s disciplined regulars returned fire and most of the Patriot Militia scattered. This clear victory for the British made Lord Dunmore overconfident. He decided to attack the Patriots at Great Bridge (in present-day Chesapeake, Virginia.)

Early in the morning on December 10, 1775, The Royal Ethiopian regiment marched across the bridge with the other British troops. The British troops were within fifty feet of the Patriots who were hiding. The Patriots revealed themselves and fired rapidly, decimating the ranks, and the attack quickly turned into a panicked retreat. The battle lasted less than an hour. By the time it was over 100 British soldiers were dead or wounded. Lord Dunmore retreated to Norfolk and boarded his ships.

Lord Dunmore and his troops stayed on these ships in and around Norfolk until May, when he eventually retreated to Gwynn’s Island near the mouth of the Rappahannock River in the Chesapeake Bay. Being on these ships in the cold and damp weather caused a great deal of sickness, including smallpox. Smallpox was widespread in Great Britain — nearly all the British troops in America had caught it as children and those that hadn’t were inoculated before they left England. The enslaved that ran to the Royal Ethiopian Regiment had no immunity to the disease. This meant that smallpox was quickly an epidemic among the runaways. The situation on Gwynn’s Island became worse when typhoid fever also broke out. Slaves continued to run to Lord Dunmore’s Regiment, but because the high mortality rate among the Runaway slaves was so high the Royal Ethiopian Regiment never had more that 150 effective men.

The Fate Of African American Soldiers In The Royal Ethiopian 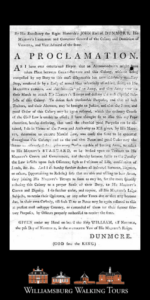 By July the remains of Dunmore’s forces sailed north to New York. The Patriot forces then took over the island and the scene that greeted them was a grisly one. Bodies of the Royal Ethiopian soldiers littered the coastline, smallpox victims thrown from the British ships as they sailed away. On the island itself the scene was even worse. One eyewitness wrote, “The deplorable condition of the miserable wretches left behind is beyond description.” The island now belonged to the dead and dying. The sick soldiers were lying out in the open or in brush tents, many of those in the tents were burned alive as soldiers sought to control the smallpox. Lord Dunmore’s Royal Ethiopian Regiment was gone, only in existence for one year. However, not all of the Royal Ethiopian Regiment died on Gwynn’s Island — one of the survivors was Titus Cornelius or, as he was later known, Colonel Tye. His story will be told in the next blog. 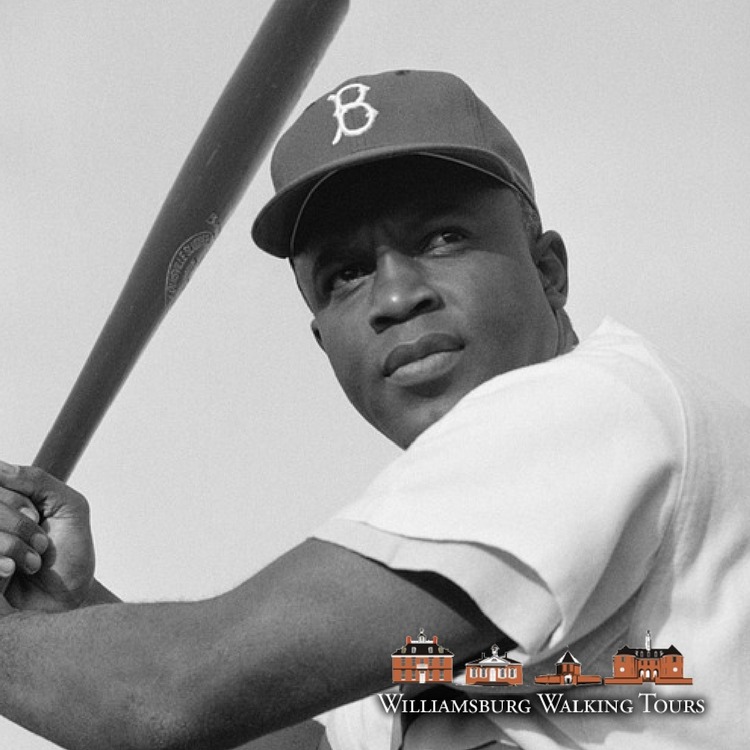 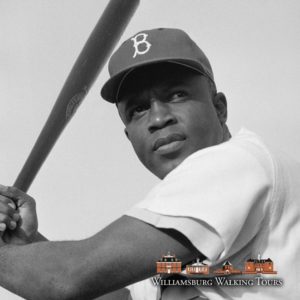 African American History is a definitely  one where you have to approach it is a detective. And not just do you have to investigate untruths but also what I call convenient historical absences. By absences I mean things that just seemed to get forgotten by the history books. African American History suffers heavily from significant contributions that mysteriously do not get publicized in the rich pageant known as American history. I guess that is why a historians work is really never done.

Nevertheless sometimes history gets it right with respect to black history in Williamsburg and America. Once such place where the overall public perception is very good would be the Jackie Robinson story. Why I am pulling this story out of the hundreds, if not thousands of potential stories that feature African American historical people and stories. Well, the answer is simple..It is April and this is the month Jackie Robinson broke the color barrier. 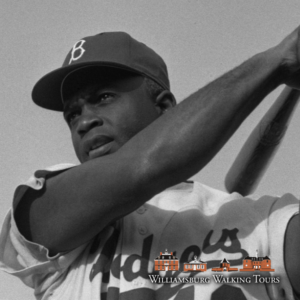 That alone is a pretty well known fact. Our National pastime, baseball, and America, would be forever changed by this humble historical figure. Ok, that is totally true. He would become one of the best players ever. That is documented. But his life was so much richer, in achievement and historical significance than really gets relayed in a sound bite or two. But for history sake let us go into some quick detail that really builds the dimension of this black historical sports icon. 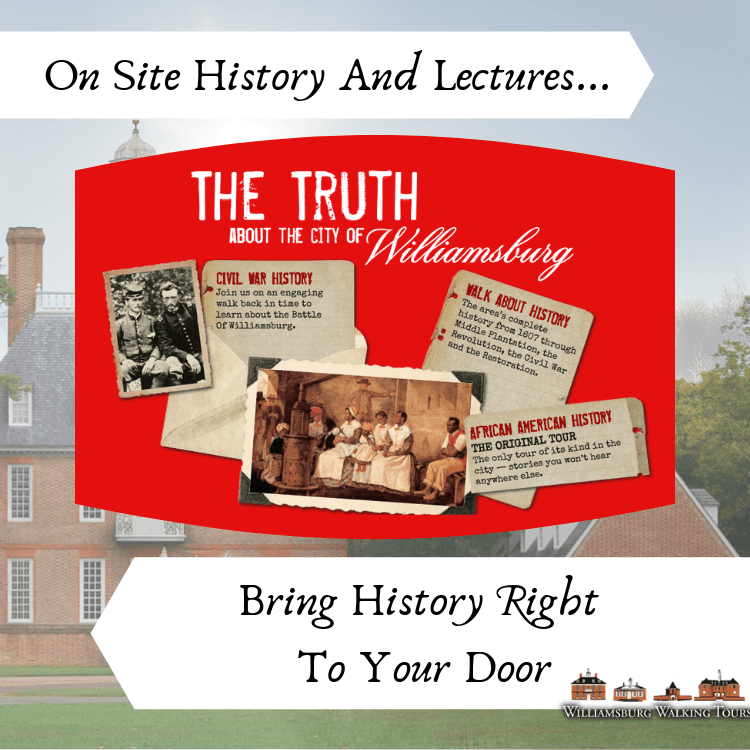 And there is a lot more..

I could probably go on for about ten more pages, but I think I have done this article justice. Jackie Robinson strove for excellence and justice in just about everything he did. What an incredible American.

Our African American Tour Of Williamsburg looks at Black history through the interpretation of historical data. By data a true complete history of what actually happened and not historical marketing. Cutting, pasting, and omitting history to create a new history is not tolerable. Our tour is open and honest about the true African American experience in Williamsburg, Colonial America, and beyond.