Of all the topics looking at daily life in Williamsburg, courtship and dating don’t jump out as particularly engaging topics. Yes, all cultures have courtship or dating rituals. This being the month of Valentines Day I felt it appropriate to at least try and promulgate the way this aspect of socialization and life was for the English settler and colonist in Williamsburg, Virginia.

But from the outset I had trepidation about doing it. Not because I am afraid I will discover stories that are too torrid for The Williamsburg Walking Tour blog, but fear that the subject may be too stoic and boring. In fact, when I look at the fashions of the 18th century, I am not exactly seeing the club scene.

Corsets, firm religious values, head to toe clothing, manual labor, and the rigors of modern life do not immediately lead me to believe that eros love was really on the mind of the colonist in York County or Williamsburg. But this is not totally true. As always things are not historically the way we think they should be, but follow a different somewhat less predictable route.

“Love” in the colonies does start out that way. In fact some of the sources I found portrayed life in the Jamestown Settlement to be focused on word “survival”. Not a lot of courting when life is a daily struggle to eat and survive. Thus, marriage was as much about keeping the population going as satisfying the need to be together. But as time went on this started to change.

Valentine’s Day In The Colonies: Fact or Fiction

The historical record of Jamestown did not surprise me, but what did was the role of Valentine’s Day in the 18th Century. I was almost sure that Valentine’s Day was a commercialized rip off of the exploits of the valiant St. Valentine, who was killed because he married people when marriage was outlawed. I just assumed the holiday was puffed up in the 1920s,1940s, or 1950s into the card and candy creation we celebrate today. I was certain that stoic Williamsburg Settlers had no interest in a fluff holiday like Valentine’s Day. But again, this was not so…

The Colonists Did Do SOME of the things we do today as part of the Valentine’s holiday shindig. According to an article I saw on the History Channel website here are some unexpected facts about the Valentine’s traditions in America.

What? Weren’t arranged marriages the way of the world in these times. There is no sending Valentines when you are betrothed to a partner you haven’t even seen until the day you walked down the aisle. But as I researched further I found a statistic which kind of summed up how arranged marriages did not affect every Colonist, or even a majority. In fact this statistic kind of shocks me. It stated:

“30 to 40 percent of American brides were pregnant at their weddings.”

This has be a misprint, but it is not. Apparently love finds a way, even in an era of arranged marriages. In fact I would call this the age of musket weddings(instead of shotgun weddings) since I cannot see any Dad, in ANY era, not pressuring the beau to walk down aisle with his paramour when his grandchild is in utero.

And as I thought about it I am not as surprised as I was at first. I mean we are a rebellious unruly people. We rebelled against a King and the most powerful empire of the day over taxes and our right to be represented. If we would do that, rebelling against Dad and Mom about who you are going to date is probably not that big a deal.

And as I continued to research (I am not even going to touch Bundling bags), there is more and more evidence of a dating independence starting as the Colonies expanded in a new world with no caste and completely malleable social order. I guess this is just another case where we as Americans do things our way. And by our way we follow our passions, on the battlefield, in the state houses, and…the bedroom.

Note: from article about out of wed lock marriage 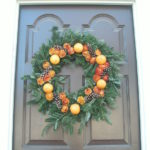 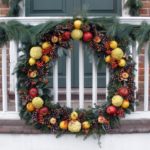 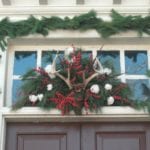 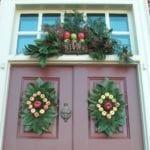 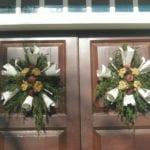